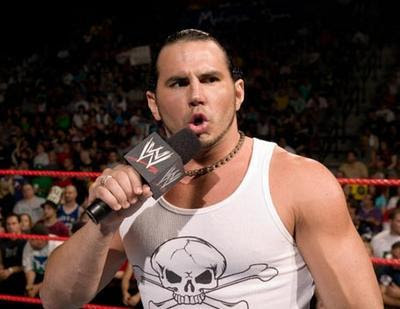 Brief Profile: Randy Roko was born and raised in Irvine Scotland on the 18th February 1988 (making him 25) where he spent most of his childhood alone. He was a quiet but determined individual who never once believed he would ever make something of himself and that he would always be average at best. He tried his best at school both socially and academically and he achieved good results and had a small group of close friends. Randy became intrigued with the inner workings of wrestling, and had fantasies that he would wrestled in the ring one day but never took any steps to achieve it.

When he was 17 he visited a local wrestling training facility in Glasgow to try his luck at his passion. It was a tough road but with the support of his close friends who recognised his natural talent that he himself could not see, he managed to make a name for himself in North Ayrshire. He traveled around Scotland and wrestled many shows before catching the eye of TWOStars Road Agent Jimmy Redman who was attending a wrestling show during a brief visit to Scotland. Soon thereafter, Randy was invited to the TWOStars training academy where he graduated with flying colours and soon embarked on an adventure of a lifetime in TWOStars, being part of the famous Immortal Highlanders with fellow Scot Angus McDonald (and real life friend and wrestling partner) and Willard 'The Immortal', being the Television Champion three times and once being the Unified Champion.

Taunts:
- Rolling Rok (forward roll followed by a standing backflip upon standing)
- Searching the Seas (Christian's hand up to eyes)
- Battlecry (roar to the crowd after hitting a high impact/signature move whilst crossing both thumbs across neck)
- Black Flag (Randy will put out a black pirate flag from under the ring and wave it around)

'Diary of Jane' by Breaking Benjamin hits the speakers as the fans rise to their feet and cheer 'The Nautical Warrior'. The lights begin flickering in time with the music as smoke is blown out onto the stage, covering the curtain entirely. Once the music reaches it's peak and blasts into the song, Randy Roko rolls out through the smoke and upon reaching his feet does a standing back flip to the fans delight.

Randy bounces around on stage laughing and smiling heartily as he points out to the crowd. He walks down to the ramp and fist bumps with as many fans as possible and then hops up onto the top of the barricade, pointing out to the crowd.

Chimel: And making his way down to the ring, weighing in at 212 lbs and standing at a height of 6'2, residing in Glasgow, Scotland by way of Irvine, Scotland...he is the 'Nautical Warrior'...Randy...Roko!

Randy reaches the ring and pulls out his signature black pirate flag from under the ring and shoves it underneath the bottom ring rope before walking to the steps and ascending to the apron, walking along the apron he pauses before entering and wipes his feet on the apron and 'Searches the Seas' before climbing into the ring and picking up his flag.

Randy will then climb to the top turnbuckle and wave the flag around to the delight of the fans.

Randy drops the flag down to a ring hand as the music builds up to the chorus one more time and Randy 'Searches the Seas' before backflipping off the turnbuckle as the chorus kicks in again, landing in the ring and pointing out to the crowd as his music dies down.

Signature Move(s): Whirlpool - Randy performs a spinning Enzuguri, either running or standing.
LOAR (Landing on a Rok) - Backstabber
Third Times a Charm - Three high impact kicks, one to the chest, one to the legs (to bring them down to their knees), and a final to their face.

Finishing Move(s): Riptide - Pele kick. Can be backflip or frontflip, so can be done with Roko facing opponent or facing away from opponent.

The Rocky Ride - Randy grounds his opponent and flips them over to their stomach before folding their legs over onto their back and sitting down on them, pinning them to their back. Randy will then perform a camel clutch from this position.