Jaxon Blakeslee - Image base is the coach but stylistically think more like the guy from the old spice ads, super smooth play by play
Evil Gringo
Brice Perrino

Arron Winter is a former wrestler turned GM. As an active wrestler Winter had a distinguished career beginning with his part in The New Blood Faction that took over TWOStars where he won his first few championships. However after the group split Winter suffered some major mental issues and fell under the care of Professor McKellen Snr. Despite the Prof's intervention Winter detioated and eventually lostr his career to Evil Gringo in a title V career match.

Winter returned and ended up as one third of a three way GM team and eventualy took control of TWOstars but the power eventually proved too much and Winter entered himself back into physical competition and as part of The Blod Alliance with Sickness won his first world championships whilst also becoming the first ever Grandlsam champion. eventuaklly Sickness took down his partner and Winter left once again.

Now back Winter is representing TWOstars best interests, as a former board member he's got a quick line and inside knowledge of how things work backstage. He seems to be interested in restoring TWOstars to the best of days rather than feather his own nest.
Click to expand... 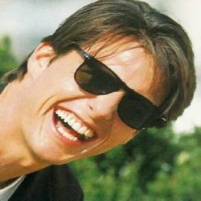 Ring Names: The Million (he likes to call himself this), The Alpine Adept, New Jersey's own, The Perma-Tanned Prince

Brice "The Million" Perrino the 2nd. Well if that name already hasn't told you what this guy thinks of himself then let's just say that every gangsta rapper can't come close to Brice's own self promotion. He'd like to pretend that everyone calls him The Million when in reality no one really cares what his name is.

Born the wealthy parents in the up-scale Alpine region of New Jersey Brice has literally wanted for nothing except maybe someone who actually likes him. Not that Brice is short of people hanging about him since he acts like a free vending machine so he can feel popular.

He avoids looking exactly like your average New Jersey Guido by at least not spiking his hair up but the perma-tan, diamond white teeth, sunglasses and expensive clothes are all you'd expect. thankfully his more than privileged upbringing means he's lost most of the Jersey twang from his voice but it is still there. Brice believes he's effortlessly good looking, irresistible and fashionable so you'll never see him in jeans and a tshirt UNLESS it's what everyone else is wearing.

How Brice got into management is beyond most people but his never ending self-promotion is easily switched to promoting others, especially if he can live off their success.

He'll ceaselessly talk and often talk over people like an excitable dog barking at it's own reflection however Brice isn't as dumb as he looks and the reason he's not lost his parents money is that his seemingly brainless persona masks the fact he's quick to spot an opening. He's still as egocentric as you'd expect though and flattery will probably get you everywhere especially if you are female.
Click to expand...