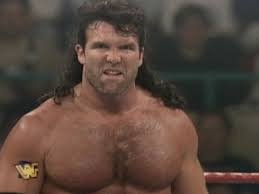 Alias(es): The Son of Ares
The Greek God
The Ultimate Titan

Brief Profile: Markos started his career as a Greco-roman wrestler, hoping to take part in the Olympics for Greece, but he was injured meaning he missed out on his big chance. Once fully fit for his injury, the Greek choose to move away from the Greco style and joined the Indies to learn the Entertainment side of wrestling. Still using some of his past wrestling skill, Markos mixed the two styles and soon become a success in the ring… Wanting to improve farther, he agreed to work house shows and dark matches for TWOstars. He signed a contract and spent the last few months finishing off his Indie bookings. Not much else is known about this Greek God… Yet.

Entrance(s): The lights go out as the sound of thunder and rain fill the arena.. A few second pass and the thunder and rain is replaced by the beats of the drum as O’Fortuna (The techno Remix) begins to play.

The Greek God appears under a spotlight, with Spencer Blackworth beside him. Together the pair make the way to the ring, Blackworth in his normal black suit moves just ahead of Markos, who is coming to the ring wearing a old style Greek white Minoan dress with blue cap.

Chimel: Making his way to the ring, accompanied to the ring by Spencer Blackworth… Weighting in at 280lbs and hailing from Rhodes, Greece… “The Ultimate Titan” Markos Andronikos

Spencer holds the ropes open for The Son of Ares to enter. Upon entering he removes the cap and Minoan dress to reveal blue and white trunks with the Greece flag on the back.

Well Wayne, nice to see you;ve managed to start off your new character in the worst possible way. Posting before the profile is approved and using a base we've literally just said was going to be used (the coach) in a thread I know you've read because you've posted in it.

I'm also not sure about the name since it's such a blatant rip off of the Shakespeare play. I'll see what other people say before saying if it's not ok as it may just be me.

Please don't post until you've been ok'd by me please.
W

Dean okayed it even Coach as I was thinking him or Paul Heyman. Also didn't know about the shakespeare bit as just looked at Greek first and surnames.
W

How about Teddy Long as manager?
W

Updated with new base for manager.

Kinda makes me think of Alexander Rusev since he's turned up on NXT? Could be a cool character, though I'm not sure about Scott Hall as the base for him? That's just me though.